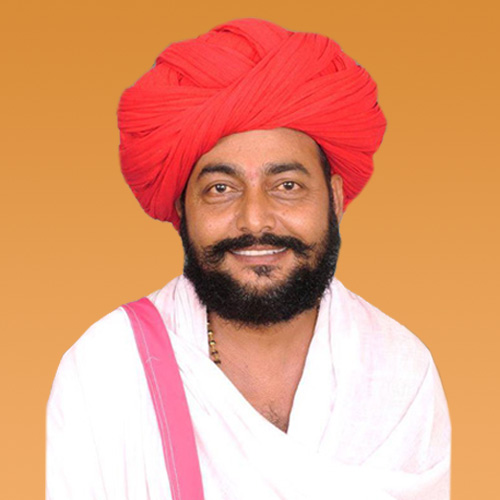 Member of Delegated Nomadic and Semi Nomadic Community Development and Welfare Board, Government of india


Otaram Dewasi belongs to Dewasi society associated with animal husbandry and a great leader of them in western Rajasthan.


Mr. Om Prakash Mathur, a senior BJP leader, presented him with Shri Bhairon Singh Shekhawat a former Chief Minister of Rajasthan. Then, Otaram Dewasi had helped in getting the votes of Dewasi society to Shri Bhairon Singh Shekhawat, a BJP candidate from the Bali, (Pali, Rajasthan) assembly. After this, in the Government of Atal Bihari Vajpayee, Otaram Dewasi was appointed as Chairman of the National Seeds Corporation Limited, Delhi, giving status of Union Minister of State.


Then after he met with Vasundhara Raje. In the previous Government she made him the State Minister & offered the Chairman position of the Animal Husbandry Welfare Board. In the last assembly elections, He was the candidate from Sirohi assembly constituency and Live up to expectations of Vasundhara Raje by winning those election & again gave victory to BJP by 25,000 votes in 2014-15 elections. And he is now serving as Member of Delegated Nomadic and Semi Nomadic Community Development and Welfare Board, Government of india.